This page is going to be dedicated to collecting and talking about birds that I find interesting! I plan to update it semi-regularly (weekly-ish). 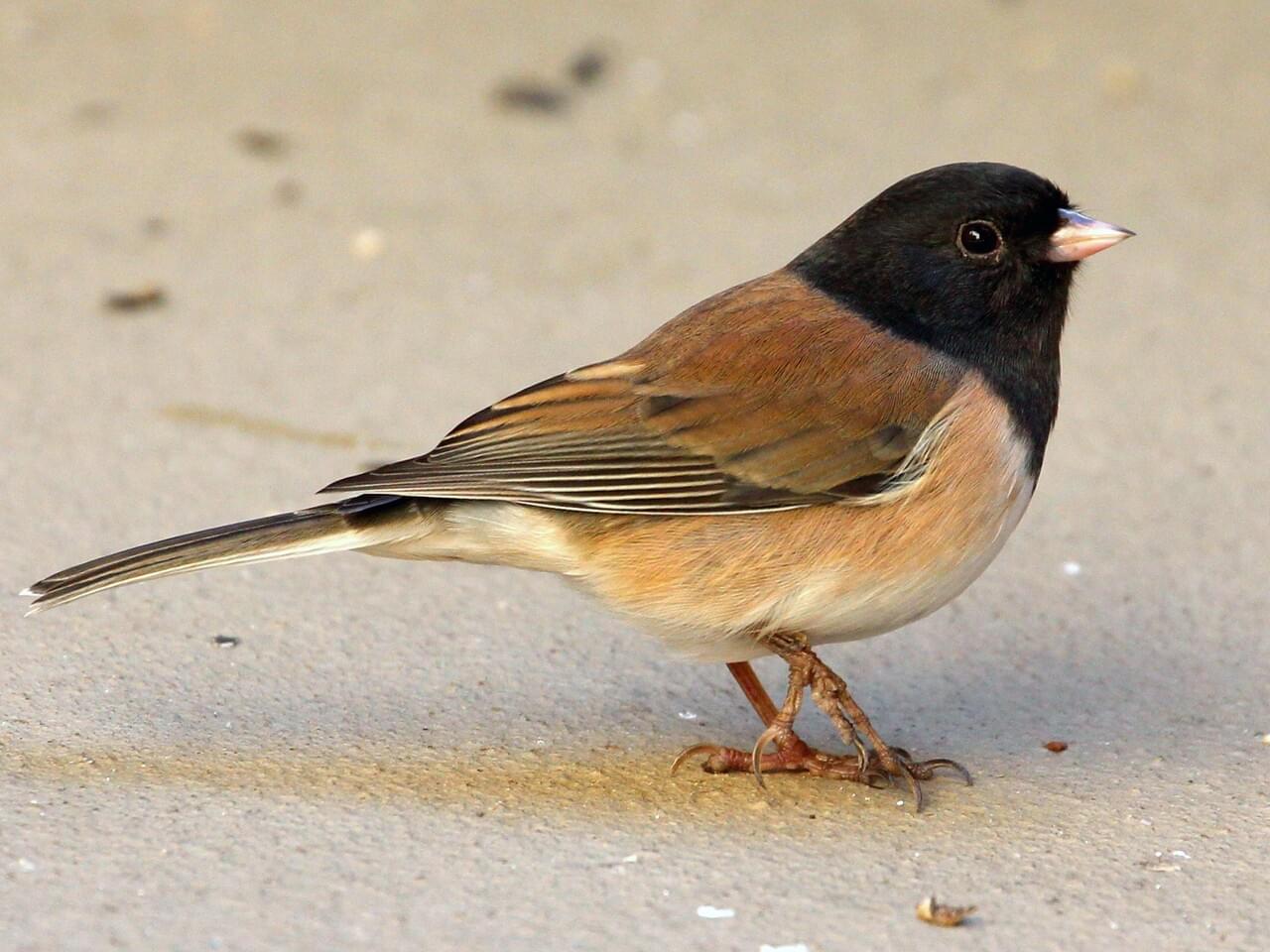 One of the birds I see most commonly around here. It's very smol and I usually find it foraging on the ground, doing little hops from place to place and munching on stuff. It's very cute to watch.

Also, for some reason, the ones around my neighborhood aren't as scared of humans as some other birds. You can get pretty close to them and they don't mind. Though I think that might just be my location. I went to a nearby nature preserve once, and I was sitting on a bench and while I was sitting still a bunch of juncos came into the area and started foraging, like 20 of them or something, it was like a junco party. So I was sitting still on the bench and I watched them forage for like several minutes, and then I ever so slightly moved my leg and they all freaked out and flew away LOL. They didn't notice that I was sitting on the bench the whole time. I guess this is just the trend of how birds that live in urban/residential areas are generally less wary of humans than those that live in nature (even if it's the same species).

Over time, I've noticed that if you listen closely, you'll notice that these birds have subtly rich repertoire of vocalizations. Here is an example:

Also, this has nothing to do with juncos, but LiterallyHifumi if you're reading this, I have still not received your email. Maybe try XMPP: holeinmyheart@trashserver.net 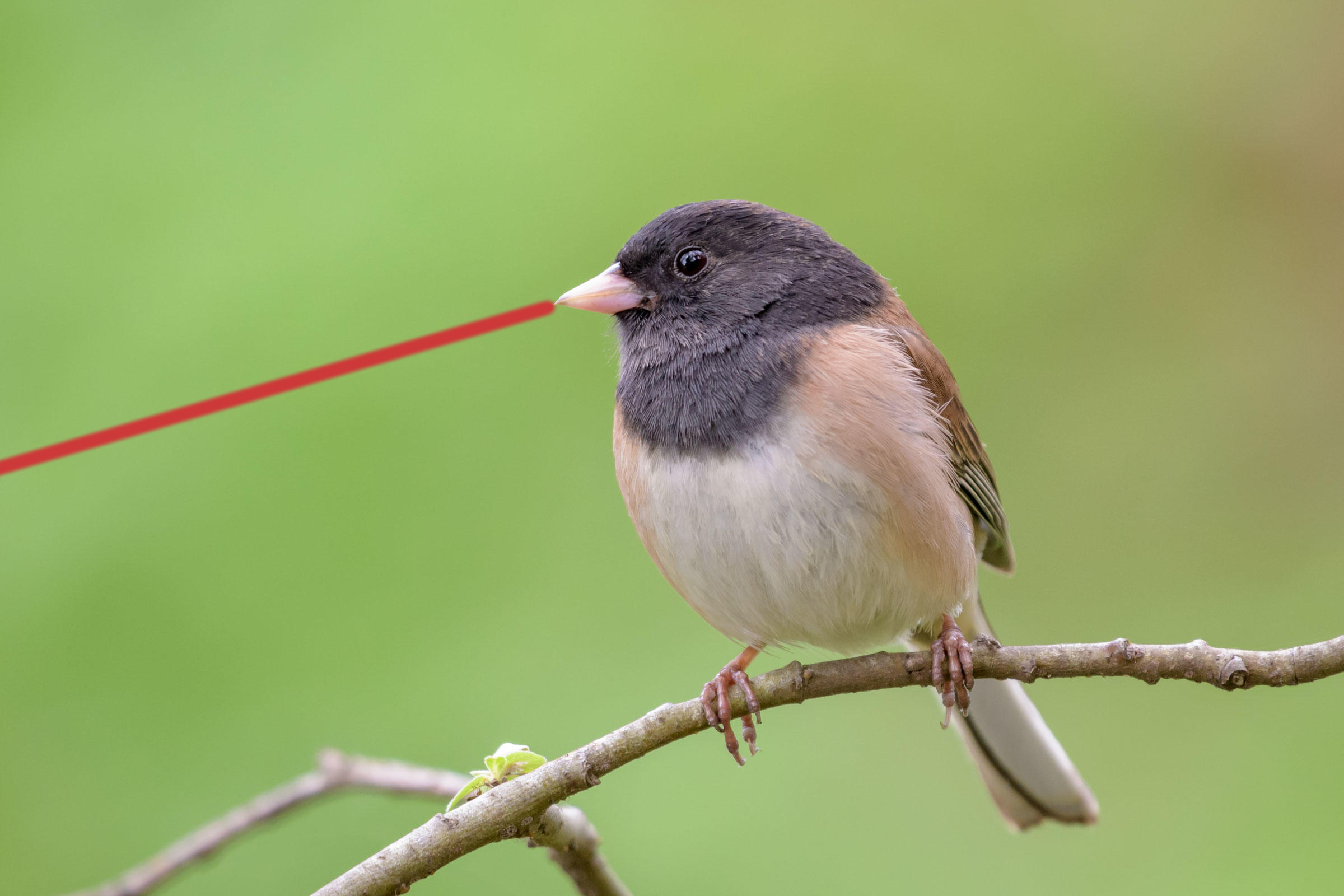 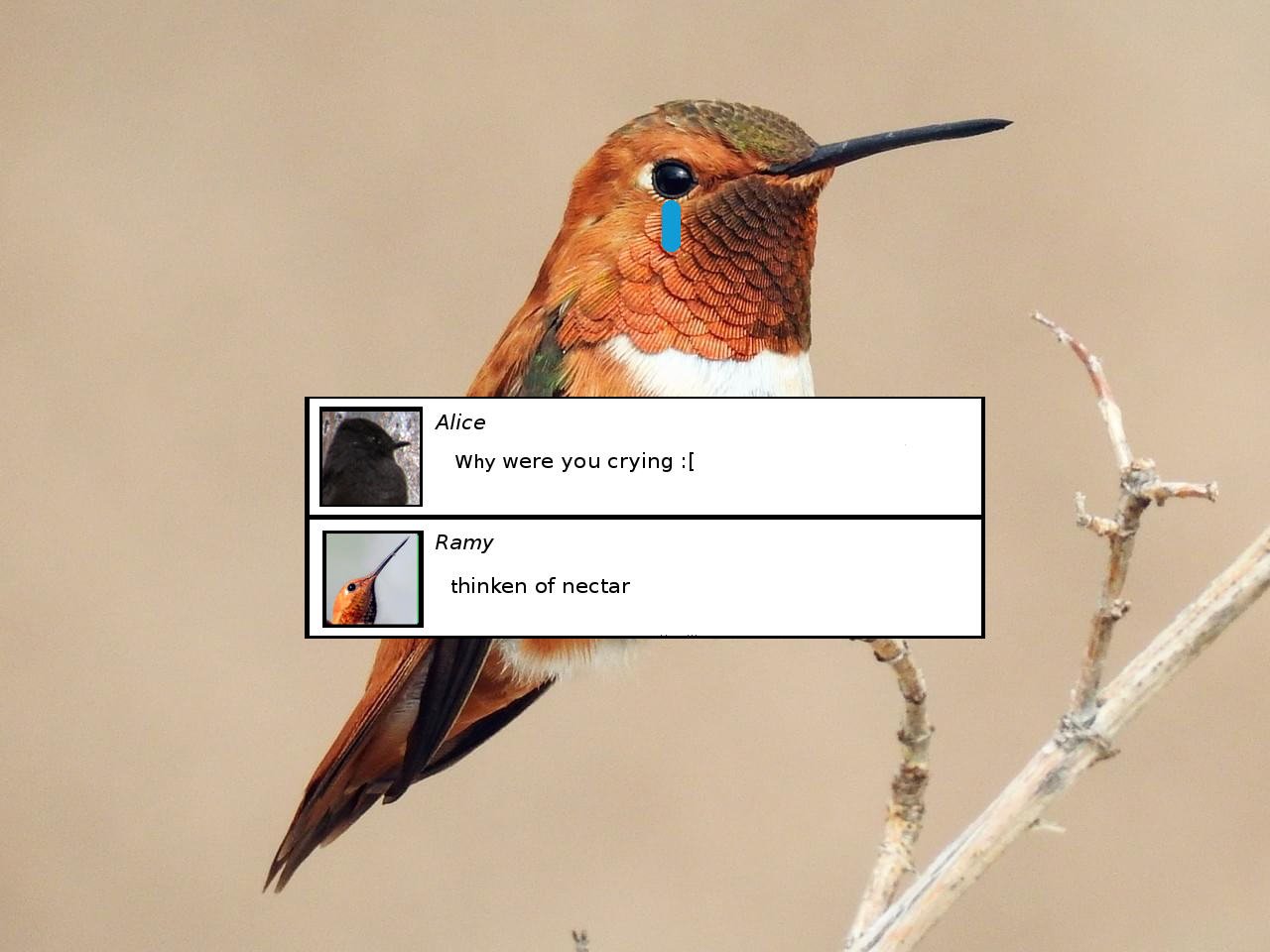 Well, let's just start with how it stands. Go find one, perched on a branch or something, and just watch it stand. Yeah... It can barely stand still. What you'll see is it shaking like a motherfucker, breathing 10 times the amount of oxygen you do, like a ticking time bomb that's about to explode into iridescence.

No, I mean it. They do not fuck around. They may look cute, well, they are, but they're vicious 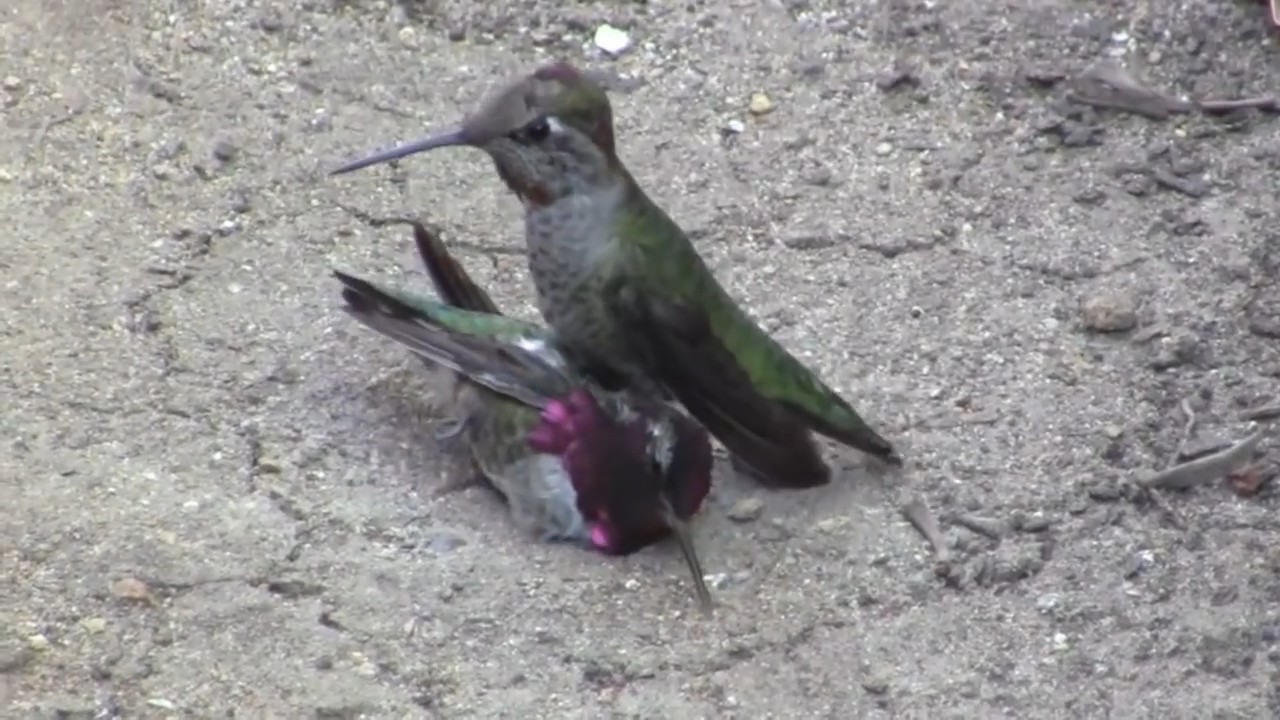 >ywn be ripped apart by a cute hummingbird

And aerial hummingbird duels? They're some real fast-paced, high IQ shit. If you ever hear hyperactive buzzing in your surroundings, look around and you might catch an epic fight scene. 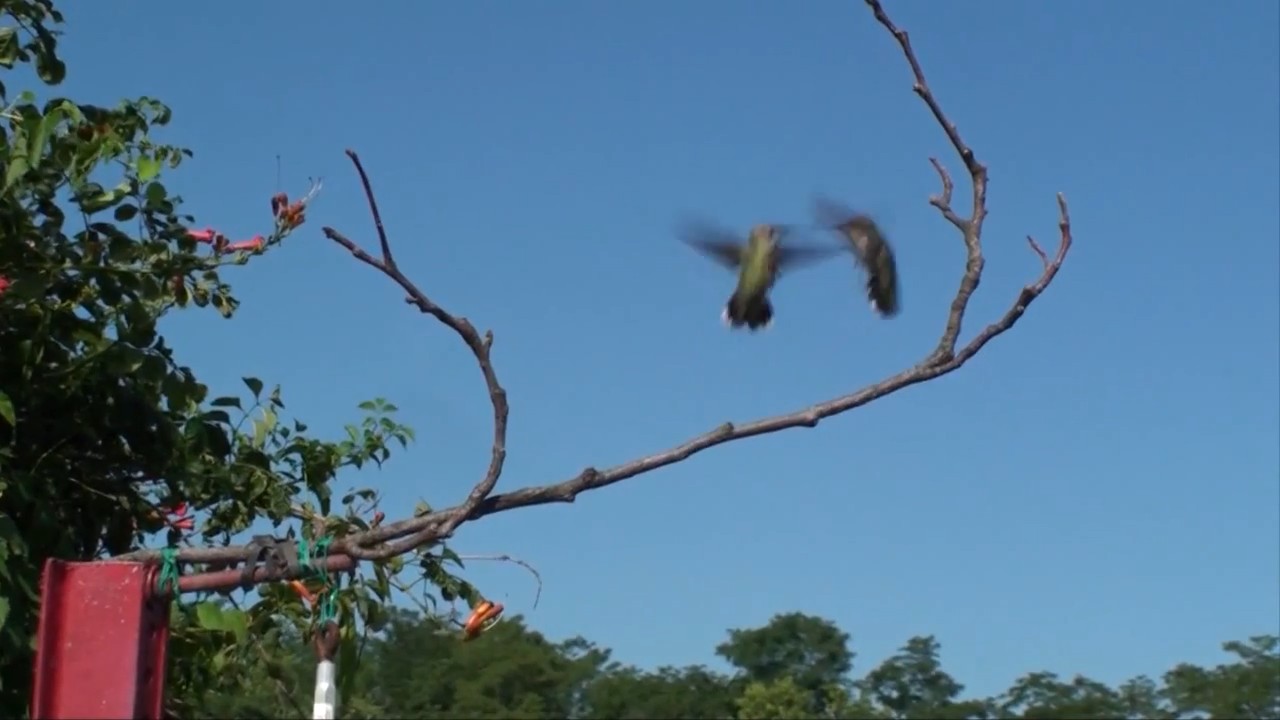 Errr... come on, guys, calm down. Is that nectar really that important? Oh... you're telling me, if you go just a few hours without nectar, you can die? Well, no wonder you're so obsessed with that sugar. Live like there's no tomorrow? Heh. These motherfuckers have to live like there's no next hour. No wonder they're always on edge, even when they're just standing. I now understand why the creator of that video had to add the scherzo from Beethoven's 3rd to play in the background at the same time as the looping epic stock music despite not fitting well together at all (actually, I don't understand what that was for)

Yes, it's nectar or die for a hummybird. Nectar, nectar, nectar. I mean it when I say they're obsessed about it. So obsessed that they maintain the biggest hippocampus to brain size ratio in birbdom. What's all that spatial memory for? What are they thingken about? Well, they can memorize the locations of flowers in your neighborhood, including which ones they've visited and which ones they haven't. Nectar, baby. Life juice.

Hummingbirds, I commend your dedication to survival. My sweet tooth is turned on for the night. 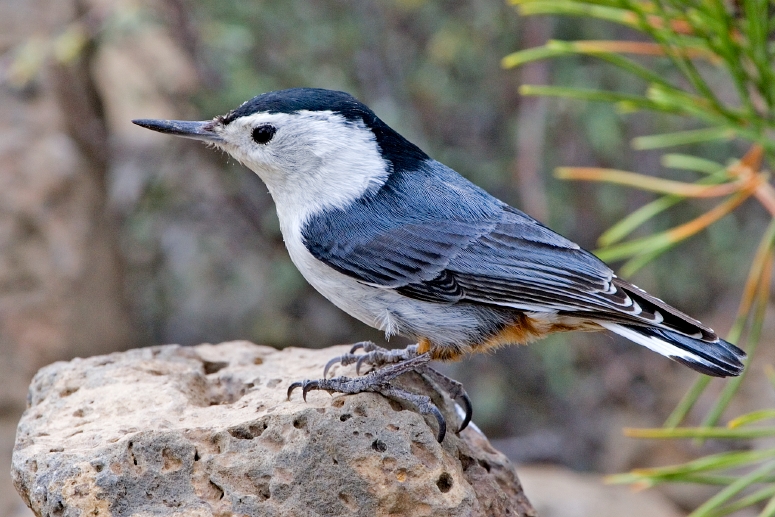 NUTHATCHE. My intro to this bird was when I was out on a hike and I saw a little black and white chickadee-lookin' thing hopping along the trunk of the tree. Yes, fucking vertically. I laughed at it. Yes. It looked silly. I couldn't help it. A bird treating the side of a tree like it was the ground. But guess who had the last laugh?. Yes. that's actually how it fucking sounds. Cheeky motherfucker.

And yes, the BIRB BLOB HAS RETURNED, thanks to LiterallyHifumi repping this as their favorite bird. Good taste, Hifumi. 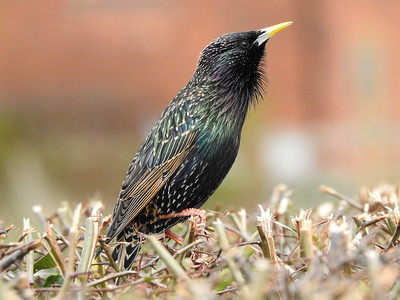 Once I had started to pay attention to birds, I noticed a recurring phenomenon while going out on walks. Along the street, there'd be a row of trees, and on just one of those trees there would be a huge crowd of birds. I mean, like, they filled the tree so densely, they almost looked like leaves themselves. It was a slightly grotesque image to me. A row of clean, unoccupied trees, just one of them blemished with a flickering dark spots all over. Get closer to the tree, open your ears past the noise of traffic and other miscellaneous sounds, and you'd hear a slightly squeaky, somewhat soothing murmur. A huge amount of birds situated in a single tree in conversation, producing an audible effect similar to being in a crowded food court. Then, you might witness, suddenly, all the birds taking off from the tree at once, and together in the air they'd weave and curl and form all these odd, curvy patterns before situating on another tree nearby.

The birds were always too high up and too dark for me to get a close look and ID them for sure, but from the sound and that flying together phenomenon, I narrowed it down to starlings. That swarming flight is called a "murmuration", which I think is an appropriate name. It has a smooth, ghostly, somewhat creepy quality to it (especially taking into account how suddenly it starts. I'm not exaggerating when I say they all take off from the tree "at once").

Here in America, Starlings are considered to be an invasive species and a pest, and you're legally allowed to kill them in many states. They were brought in at Central Park by fans of Shakespeare who wanted to "import" the bird to America (they played a role in Henry IV, Part 1). They have good mimicry skills (like a parrot or what have you). There's also a bit of controversy in linguistics regarding to what extent they can distinguish "recursive" patterns like humans can. Mozart had one as a pet. He bought it after hearing it at a bird store singing the opening bars to the last movement of his not yet premiered 17th piano concerto (creating a little mystery as to how the bird learned it. Presumably Mozart taught it upon repeated visits to the store).

So, there are many impressions of the bird. For American bird lovers, an annoying pest encroaching on other bird species. For me, a grotesque crowding and a haunting murmur. For Shakespeare enthusiasts, a symbol of the bard himself. For Mozart, a lively racket that could recite his own unpremiered themes--little secrets between man and bird, including the one at the bird shop where they met: a joyful theme in a variations movement that ends with a hype ass coda. 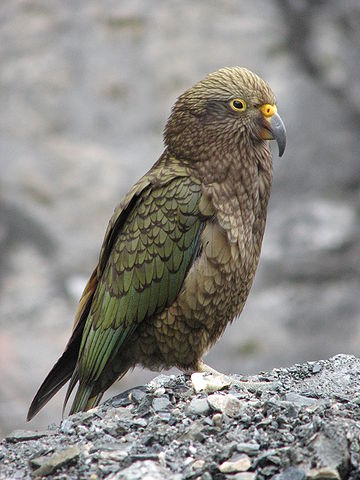 The "Relationship to humans" section in the Wikipedia page explains it pretty well. Basically: They're freaking crazy! They're noted for their unprecedented sense for experimentation and curiosity, and their cry is very cute. Unfortunately you can only find them at New Zealand.

If you're ever feeling lethargic, just drink some coffee and Kea it up. 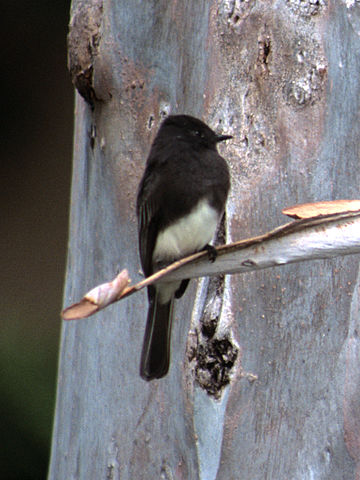 This bird is very close to my heart. It's the bird I see almost always in the park when I go for a walk. I like how it looks like it's wearing a Tuxedo, it's chirp is short but sweet, and it can perform some very fancy aerial tricks while catching flies. I even dedicated a whole post to it here! 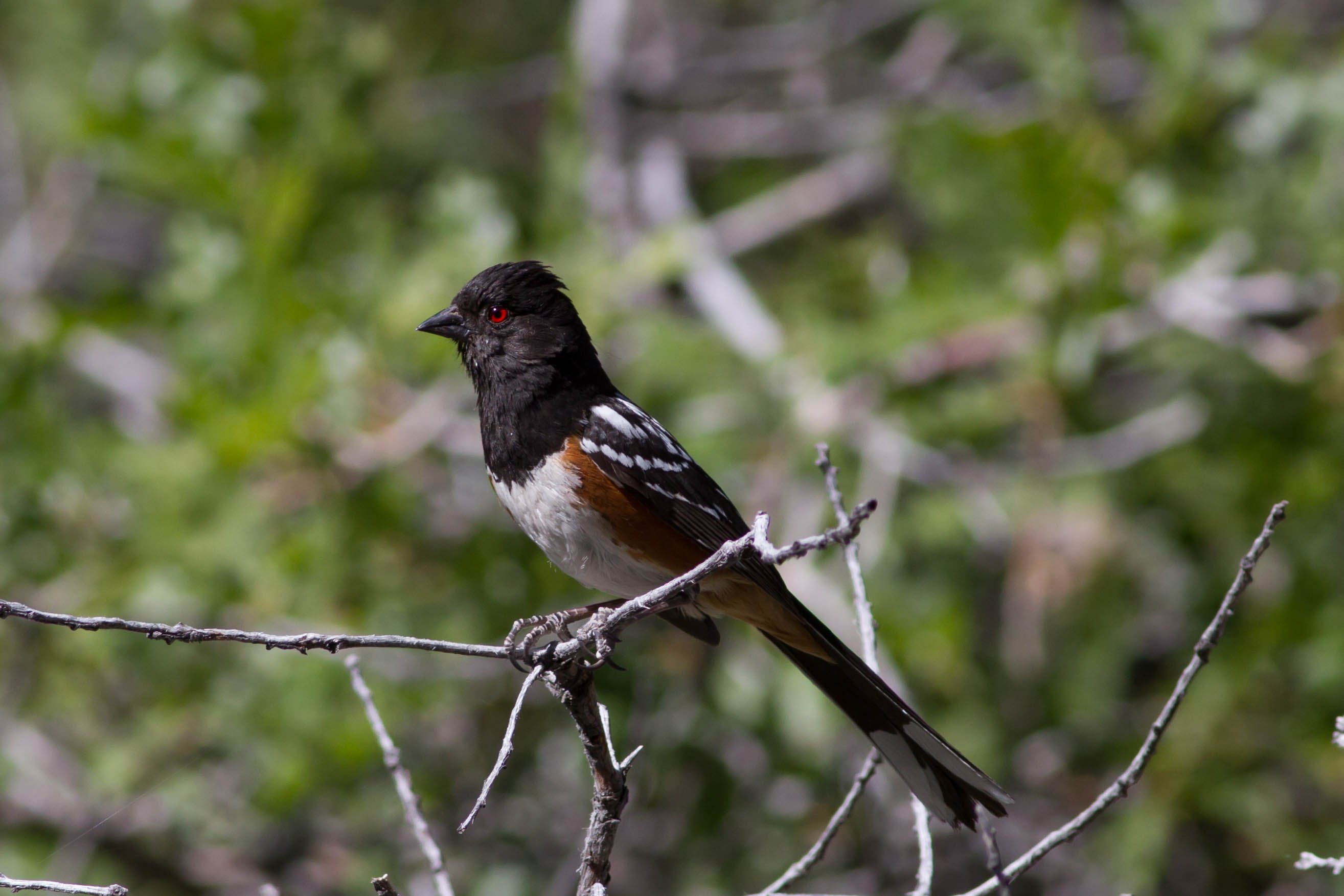 For a bird called "Spotted", it's very hard to spot! I used to visit this nearby hiking trail quite often, and I'd always hear some animal making a very distinct screeching noise and it drove me insane trying to figure out what it was because the damn thing was always hiding in the bushes. A few times, when I was being more vigilant, I was able to get glimpses of it and the most distinguishing feature was of course those freaking red eyes. And so, again, for weeks, I was driven insane trying to ID the "red eyed, shrill sounding bird" until I finally nailed it down to the Spotted Towhee. Seriously, that screeching sound will probably be stuck in my head for the rest of my life. 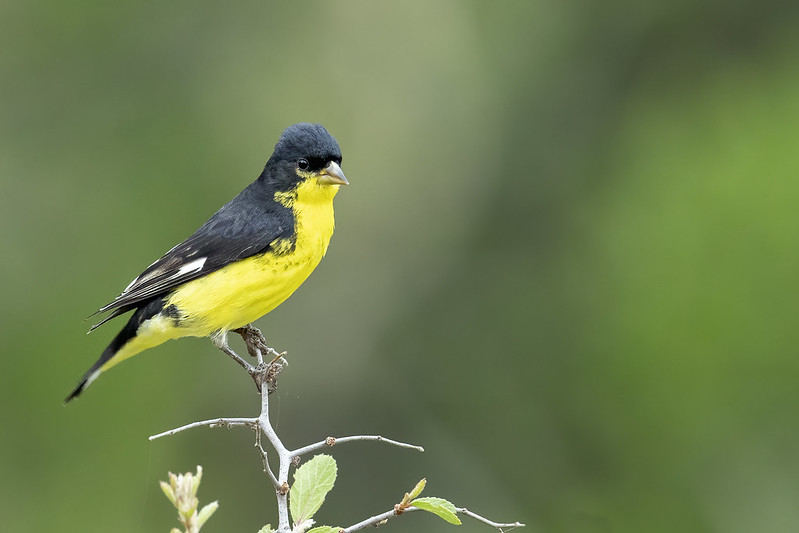 This and the Northern Mockingbird are the two most talented singers that I've encountered in my neighborhood. I've so far only been able to hear this one in the spring, and hearing it sing is an experience. Watch this video (skip to 0:30 and 1:31) to see what I mean. It's so complicated (and no I can't make out any of the imitations listed in the video, lmfao).

[7] From Cornell Lab of Ornithology